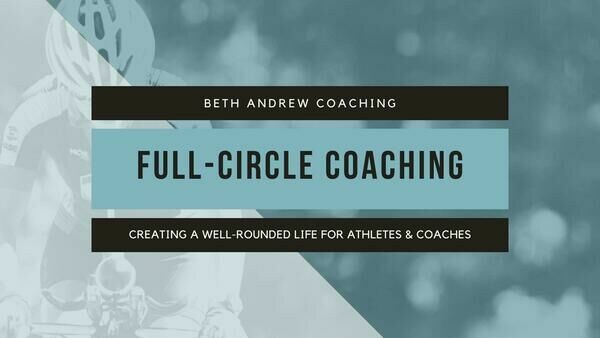 I offer personal and group coaching for swim, bike, run and pilates training. I've worked with beginners and advanced-intermediate athletes. I provide in-person coaching and consultations for local athletes and online coaching for athletes around the country. If you're ready to become a better, faster, well-rounded triathlete, here's what you can expect:

A FULL-CIRCLE APPROACH I'll meet you right where you are to help you get started on your next goal. My purpose as your coach is to help you make the next right step - and see you through every step of the way. We'll work together as a team to reach your potential. I look forward to getting to know you and understanding what drives you and can tailor your plan to fit your motivation. Whether you're interested in trying your first sprint or working on your next ironman; whether you're wanting a just-finish program or your first podium finish - we'll create a partnership to reach your athletic goals by training smart, having fun and being efficient with your time.

PREPARATION & PLANNING One of my greatest strengths is preparation and planning and I want to pass that on to you. We will work diligently to have you mentally and physically ready for every event. I'll provide numerous tools to help you train smarter and I offer a structured, customized program to fit your specific needs.

4G TRAINING What is 4G? It's GUSTO + GUMPTION + GRUEL + GRACE. It's worked it's way into my coaching and training philosophy. Some days you need GUSTO: enjoyment or vigor in doing something; zest; or GUMPTION: spirited initiative, courage or common sense. You may have to face the GRUEL: an experience that's exhausting and punishing and give yourself GRACE: courteous goodwill, forgiveness and ease. It's likely that you'll face these in a race or in daily life. I design your plan around the 4G philosophy to help you succeed. 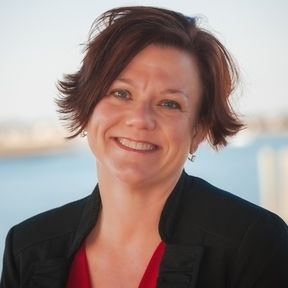 I'm an everyday athlete who found triathlon in 2008. I have a background in running, but due in part to injuries and in part to a little boredom - I decided to try my first sprint tri. I was immediately hooked. I fell in love with the supportive atmosphere, the competition, the people, the bling, the gear, being outdoors, meeting goals and the stories that come out of it all! I did two sprints the next year, joined a local tri club the year after that, became a USA Triathlon coach in 2010 and step-by-step moved from sprint, to international distance to half ironman to ironman. In October of 2017, I completed my 50th triathlon and became at USAT Level II-Endurance triathlon coach.

I am trained in exercise physiology, triathlon specific training techniques and periodization and planning. In the past seven years I’ve coached 20+ athletes on my personal roster to multiple sprint and international distance races, 10 iron-distance races and 15 half-iron distance races. Seven of those athletes were newcomers to long-course and ultra-distance triathlon. In 2016, I coached my first triathlon camp for current athletes competing in Ironman NC 70.3 and 140.6. Since 2010, I’ve been a volunteer coach for the YDubTriClub and have coached 10-20 members to sprint and international distance finishes.

When I'm not training or coaching others, I teach SPINNING and Pilates for New Hanover Regional Medical Center's employee fit center. Plus, I teach land and water-based Pilates for breast cancer surivors at the YWCA of the Lower Cape Fear.  I currently live in Wilmington, NC with my husband, Ace and our Boykin Spaniel, Sunny Day.